One of Packer Park’s highly underrated attractions is its super close proximity to FDR Park in South Philadelphia.

When we sell homes in the area to out-of-town Buyers they are blown away by the underused green oasis within walking distance to our Neighborhood. It is definitely a huge selling point to be able to bike, jog, walk and golf nearby. In addition buyers love that the baseball/softball fields, kids playground, skateboard park, fishing, picnic & tennis areas, dog walking, nature walks and so much more are all within a couple of blocks of Packer Park!

Which other neighborhood in the city can boast that it is located two blocks away from a 348 Acre urban Oasis with a Golf course, about 125 acres of buildings, picnic areas, pathways for walking, landscaped architecture, and a variety of recreation areas placed within about 77 acres of natural lands including ponds and lagoons? 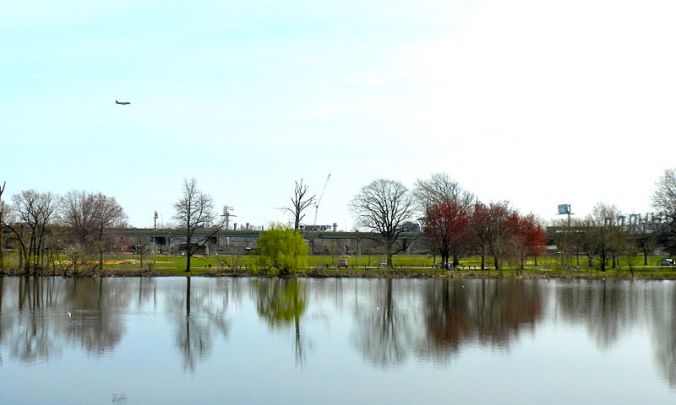 Bordered by the South Philadelphia Sports Complex on South Broad Street, Interstate highway-95/Philadelphia Naval Yard and Pattison Avenue/ Packer Park residential neighborhood. Many Philadelphians enjoy it as a green “Oasis” for a variety of recreational activities.

The park was built to the design of Olmsted Brothers, the firm of Frederick Law Olmsted and John Charles Olmsted in the early 1900’s. The parkland was reclaimed mostly from marshlands of Greenwhich Island one of several islands in the area created by river channels present in the 1700 and 1800’s. The use of the park for the Sesquicentennial Exposition in 1926 and subsequent improvements have moderately changed the original design, keeping the main character of the park west of Broad Street. The original plan of the Olmsted Brothers still remains highly visible and significant west of Broad Street. The official name was changed from League Island Park to Franklin Delano Roosevelt Park in the late 1940s and a golf course was constructed. The park’s boathouse, gazebo and American Swedish Historical Museum are reminders of the 1926 Exposition. In 2000, the park was added to the Philadelphia Register of Historic Places.

So far 2014 has brought the following sales activity to the Packer Park area!

Check back often for the final sales prices on these and other homes in Packer Park!

If you would like more information on selling your home, local market activity and what has recently sold in your neighborhood, contact me today! Your home may be worth more than you think!!